So this is on today… 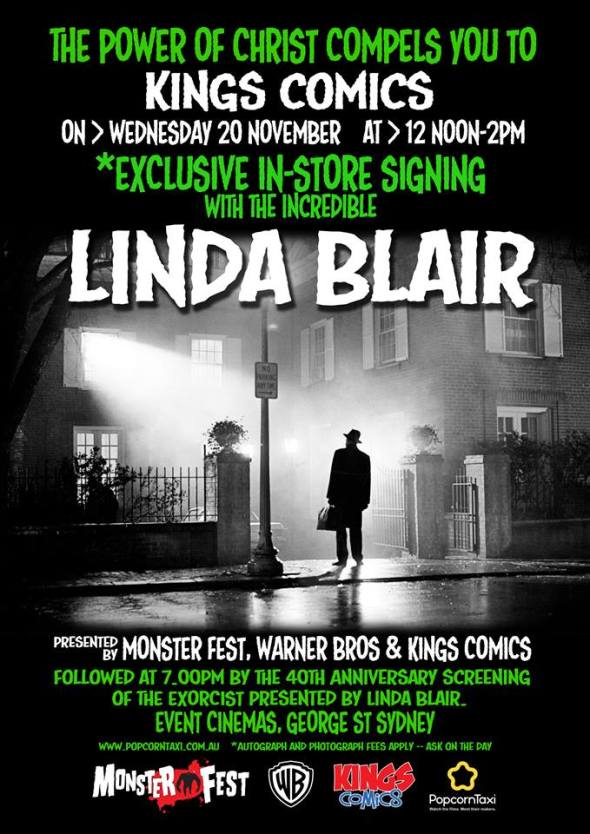 Printed by New Flesh on 140lb Arches Hot Press Watercolor with two deckled edges and embossed logo. THE EXORCIST (Variant) is signed and numbered with an edition of 25 and also signed by director William Friedkin. This limited run is available on the 29th October HERE

“’The Exorcist is both my own favorite film and the greatest film ever made.” — Mark Kermode, Sight and Sound Magazine

with New Special Features and Premiums

Burbank, Calif. June 20, 2013 – When The Exorcist was first released in 1973, viewers were frightened out of their wits – and literally out of their seats. Now Warner Bros. Home Entertainment (WBHE) will celebrate the 40th anniversary of Academy Award® winning director William Friedkin’s suspense masterpiece that haunted and intrigued the world, with a new Blu-ray release featuring the Extended Director’s Cut and Theatrical Version with new special features and premiums. Available October 8, just ahead of Halloween, this 40th Anniversary Edition will include two new featurettes: “Beyond Comprehension: William Peter Blatty’s The Exorcist” and “Talk of the Devil,” as well as an excerpt from Friedkin’s book The Friedkin Connection: A Memoir.

A true cinema landmark, the theological thriller is one of the top ten box-office performers of all time.* The Exorcist took 10 Academy Award® nominations[1], including Best Picture, and won two Oscars®[2], for Best Adapted Screenplay, as well as winning for Best Sound. Subsequently, the film went on to become a multi-million dollar franchise. Directed by Friedkin (Oscar®-winner for The French Connection – Directing 1971) and written by William Peter Blatty, the film is based on his best-selling novel, which sold nearly 13 million copies domestically and was the #1 book on the New York Times Best Seller List for 57 weeks, 17 of them at #1.

Regarding the Extended Director’s Cut, Friedkin says, “After my initial cut, I took out 12 more minutes before we released it in theatres. Years later, Bill Blatty asked if I’d review some of that rejected footage (which he always felt should have remained) with an eye towards putting it back in a new version. In so doing I believe we strengthened the spiritual aspect of the film.”

Celebrated for his directorial role in this seminal film, Friedkin is still very much in the limelight. His new book, The Friedkin Connection: A Memoir, recently published by HarperCollins, extensively discusses the background and casting of The Exorcist. The Academy of Science Fiction, Fantasy and Horror Films will honor Friedkin this month with their Lifetime Achievement Award for his continually influential work in genre entertainment at this year’s Saturn Awards. Friedkin recently received the Golden Lion for Lifetime Achievement at the 70th Venice International Film Festival, where he will present the restored version of Warner Bros.’ Sorcerer. And Friedkin and author Blatty will attend a special 40th Anniversary screening of their film at the Smithsonian in Washington, D.C. on October 30. The film will also have an exclusive theatrical engagement October 31 through November 7th at the AMC Georgetown.

The Exorcist tells the now-famous story of a girl’s demonic possession, and a gripping fight between good and evil. Linda Blair, in a breakout role, plays Regan, a young girl who starts to exhibit strange, arcane behaviour. Her mother (Ellen Burstyn, Oscar-winner for Best Actress Alice Doesn’t Live Here Anymore) calls upon a priest, Father Karras (Jason Miller) to investigate. But Karras, who has a spiritual crisis of his own, is suddenly confronted with the unimaginable evil of Regan’s possession. Father Lankester Merrin (Max Von Sydow), an archeologist-priest, is called to help, and a horrific battle for her soul begins. 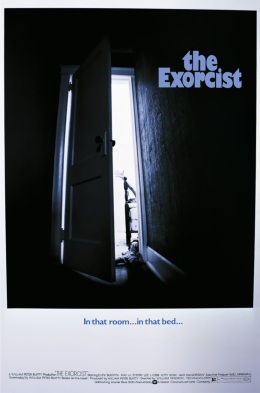 The Exorcist by French & Saunders