The Dead Hour is a new webseries from the creators of the indie horror film Fields of the Dead. In the tradition of The Twilight Zone, The Outer Limits, and Tales from the Crypt, The Dead Hour is an anthology series that will bring new original webisodes from the horror, fantasy, thriller, slasher and sci-fi genres to the web every other week. Check them out HERE Season 3 has just kicked off.

Compilation of all 5 teaser trailers for the forthcoming American Horror Story: Freak Show.

One of the great things about Ryan Murphy‘s FX anthology horror series is that each season is a fresh start. The next season, American Horror Story: Freak Show, will see many of the same cast and crew heading to 1950’s Florida, where a “dark entity” emerges.

While Murphy isn’t as secretive as some of his fellow showrunners, he hasn’t said that much about where the new run of episodes might take us. So it’s exciting to get our first glimpse at the cast in costume, including Jessica Lange, Kathy Bates, Michael Chiklis, and so many more.

American Horror Story: Freak Show’ begins its tale in the quiet, sleepy hamlet of Jupiter, Florida. The year is 1952. A troupe of curiosities has just arrived to town, coinciding with the strange emergence of a dark entity that savagely threatens the lives of townsfolk and freaks alike. This is the story of the performers and their desperate journey of survival amidst the dying world of the American carny experience.Speaking to THR, Murphy explained what makes American Horror Story: Freak Show unique even among American Horror Story seasons. “It feels like a Douglas Sirk movie; it’s very 1952 presentational and then the horror is an unexpected jab,” he said. “As opposed to last year, which was crazy camera work and comedy. This year feels different.”

Though the tone, setting, characters, and storyline are all new, Murphy said American Horror Story: Freak Show does tie in with some of the same themes laid out in earlier seasons.

“At every freak show, you have the tropes but there’s some [that are] unique and weird. It’s about something: It’s about outcasts and how society at that time … true stories about circus performers who were cast aside. The story in many ways dovetails with Asylum, because they leave one era and you can see many of them in real life were put into asylums. There’s a great symmetry we’ve come up with that’s rewarding.”

The poster is amazing. From top to bottom and left to right, we have Sarah Paulson as Bette and Dot Tattler, Denis O’Hare in an unnamed role, Kathy Bates as bearded lady Effil Darling, Angela Basset three-breasted woman Desiree Dupree, Frances Conroy in another unnamed role, Michael Chiklis as strongman Wendell Del Toredo, Jessica Lange as freak show manager Elsa Mars, and Evan Peters as Effil’s son Jimmy. Other stars include Emma Roberts, Gabourey Sidibe, Wes Bentley, John Carroll Lynch, Finn Wittrock, Jyoti Amge. Patti LaBelle and Matt Bomer are expected to guest star. Not everyone here has an obvious physical deformity, but we’ll surely find out what makes them freakish on the inside. After all, the hashtag #WirSindAlleFreaks translates to “we are all freaks.” 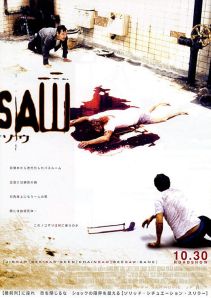 Lionsgate has announced it will re-release its gruesome 2004 franchise-launcher Saw in a limited nationwide run this Halloween, giving horror fanatics something to mark their calendars for. Saw will open for a one week 10th anniversary engagement on Friday, October 31 with Thursday midnights in select locations. The serial killer pic spawned a seven-film, $874 million franchise with a simple high concept premise: Two men wake up in the lair of a serial killer named Jigsaw, forced to do the unthinkable to survive while figuring out their captor’s identity.

The gory thriller not only gave birth to the most successful horror franchise in history, it also launched the career of director James Wan, who went on to helm recent hits Insidious, The Conjuring, Insidious: Chapter 2, and Universal’s upcoming Fast & Furious 7. Wan’s Saw co-writer Leigh Whannell starred in the first film and is now set to make his directorial debut with Insidious: Chapter 3.

It appears to be a smart move by Lionsgate, as the Halloween weekend is otherwise light on horror offerings. October 31 even falls conveniently on a Friday. Only Clarius Entertainment’s Nicole Kidman thriller Before I Go To Sleep and Open Road’s crime drama Nightcrawler are hitting wide release that weekend, while more traditional horror titles The ABCs of Death 2 (Magnolia), Horns (Radius-TWC), and genre-bending import Why Don’t You Play In Hell? (Drafthouse) are opening in limited theatrical runs.

We await the inevitable 4K, 10th Anniversary Remaster on Blu-Ray…

Best known for co-writing films like High Tension, P2, and the remakes of The Hills Have Eyes, Mirrors, and Maniac with Alexandre Aja. Grégory Levasseur is now directed his first feature with The Pyramid. 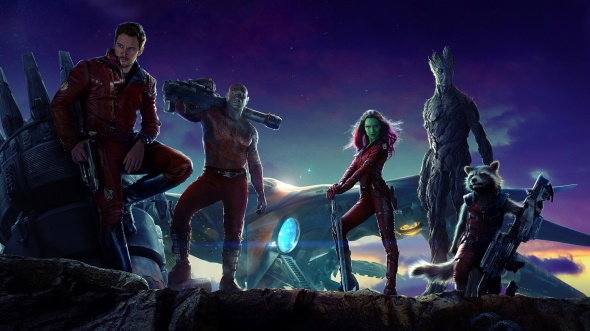 My favourite parts of the movie are the start when Star Lord dances to the song called ‘Hooked On A Feeling’ by Blue Swede. I also  like when the Guardians first come together in the prison to escape, it’s funny and chaos all in one. I like Star Lord because he’s funny and cool.

Guardians of the Galaxy is the BEST movie of the year. I give it 10 stars and I can’t wait for a next movie. 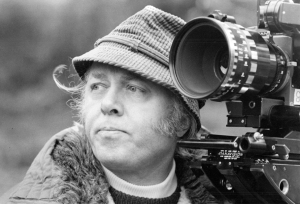 Two-time Oscar-winner Lord Richard Attenborough has died in England at the age of 90 after a glittering career on both sides of the camera that included acting in films such as Brighton Rock, The Great Escape, 10 Rillington Place and Jurassic Park, and directing and producing Oh! What a Lovely War, A Bridge Too Far, Magic, Gandhi and Chaplin.

Attenborough won the Oscar for best director in 1983 for his work on Gandhi, and for Best Picture for producing Gandhi.  He also won three Golden Globes for supporting actor in Doctor Doolittle and The Sand Pebbles, and as director for Gandhi, which seemingly won everything the year it came out (its Oscar total was eight). His directing of musical adaptation A Chorus Line and Cry Freedom, the biopic about slain anti-apartheid activist Steve Biko, also earned Golden Globe nominations.

Attenborough’s relationship with BAFTA (where he served as president for seven years, beginning in 2002) was even longer, beginning in 1959 and including 11 BAFTA Award nominations and four wins.

Sir Ben Kingsley, who won a Best Actor Oscar for his portrayal in Gandhi, issued a statement as well:  “Richard Attenborough trusted me with the crucial and central task of bringing to life a dream it took him twenty years to bring to fruition. When he gave me the part of Gandhi, it was with great grace and joy. He placed in me an absolute trust and in turn, I placed an absolute trust in him and grew to love him. I, along with millions of others whom he touched through his life and work, will miss him dearly.”

Steven Spielberg, who directed Attenborough in Jurassic Park, also issued a fond statement: “Dickie Attenborough was passionate about everything in his life. Family, friends, his country and career. He made a gift to the world with his emotional epic Gandhi and he was the perfect ringmaster to bring the dinosaurs back to life as John Hammond in Jurassic Park.  He was a dear friend and I am standing in an endless line of those who completely adored him.”

Attenborough had been in failing health in recent years, selling his beloved estate and moving into a nursing home in 2013 to be near his wife, Sheila, whom he married in 1945. He died at yesterday in west London, his son said, five years after a stroke that had confined him to a wheelchair and only a few days before his 91st birthday.

He was also older brother of naturalist and TV personality Sir David Attenborough, who survives him, as does his wife and three sons. A daughter, Jane Holland, and her daughter died in the 2004 tsunami that killed an estimated 230,000 people in Southeast Asia. Attenborough created multiple facilities at Leicester and elsewhere to honor his lost family members and others killed in the disaster.

BAFTA Chief Executive Amanda Berry and Chair Anne Morrison issued the following statement: “We are deeply saddened by the death of Lord Attenborough Kt CBE, a monumental figure in BAFTA’s history. Lord Attenborough was intimately involved with the Academy for over 50 years.  He believed in it passionately, supported it tirelessly and was integral to the organisation that BAFTA has become today.”

In 1976, he played a pivotal role in the Royal opening of the present Academy’s headquarters and during that occasion introduced the presentation of the Fellowship to Sir Charles Chaplin, whom he admired enormously.

On a personal note, I had the pleasure of meeting him in 1985 at a Premiere performance of A Chorus Line at the Newcastle Odeon. Working part-time at BBC Newcastle I was given a ticket by one of my bosses, and being at the time a young student, I headed straight for the food on offer. A man next to me asked what was good? It was ‘Dickie’, on hearing my accent he asked if I supported Newcastle United, when I replied ‘yes’ he asked if we could talk about the football as he was sick of talking to everyone about his movie. He was a passionate Chelsea supporter and we had a lively discussion for 5 minutes or so before he was whisked away to speak to the press. I remember him fondly as a charismatic figure, very engaging and quick-witted. I became a huge fan there and then.

Lord Attenborough occupies a special place in the hearts of so many and will be missed enormously. My thoughts are with his family, to whom I offer my deepest sympathy at this time.