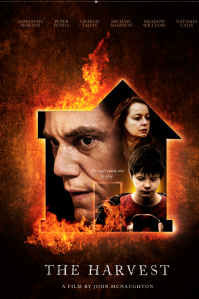 “In his first film in nearly 15 years, the director of Henry: Portrait of a Serial Killer harks back to the depravity that made his 1986 debut a horror milestone. But less based in reality, The Harvest is closer to a fairy tale from Grimm’s darkest corners. Maryann (an impressive Natasha Calis) moves in with her grandparents after she’s orphaned. Desperately lonely, the preteen sets out to befriend a neighboring deathly ill, bed-ridden boy (Charlie Tahan), despite the outright disapproval of his mother (Samantha Morton). Maryann’s persistence pays off, however, and during a series of secret visits she gradually uncovers some seriously sinister goings-on in the house… Morton as the boy’s overprotective surgeon mom is the stuff of great screen villainy—at once utterly monstrous and tragically desperate—so much so that she makes even frequent heavy Michael Shannon, as the more subdued dad, pale in comparison.”

The Los Angeles-based Fear The Walking Dead focuses on new characters and storylines, with the show’s first season consisting of six one-hour episodes that will premiere on AMC in late Northern summer.

AMC president Charles Collier previously revealed that the series will explore “what was going on in other parts of the zombie apocalypse, and what it looked like as the world really did ‘turn.’” 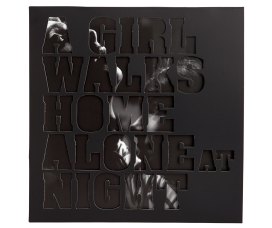 Variety reports that not only has Ruairi Robinson‘s proposed sci-fi film The Leviathan attracted Neill Blomkamp and Simon Kinberg as Producers, but now Fox has bought the The Leviathan movie pitch and the script for the film, written by Jim Uhls (Fight Club).

Here’s the blurb and proof of concept teaser: By the early 22nd century mankind had colonized many worlds. Faster than light travel was made possible by harvesting exotic matter from the eggs of the largest species mankind has ever seen. Those that take part in the hunt are mostly involuntary labor.

The Leviathan — Teaser from Ruairi Robinson on Vimeo.

Night of the Living Dead – Comics!

This June, the will dead rise again as Double Take (2T) launches Ultimate Night of the Living Dead, with three new comics set in the universe of the 1968 film. Digital previews of all three premier issues are available now at the Double Take Universe site HERE

Much more than just a singular launch, this marks the first releases in a major initiative surrounding the classic horror franchise, which frightened moviegoers all around the world and made zombies a household name. Having commissioned a new generation of writers to breathe new life into the classic franchise, 2T has a dozen series in the works – some following characters from the film in surprising new directions; other stories are all new.