THE THING: INFECTION AT OUTPOST 31 Board Game 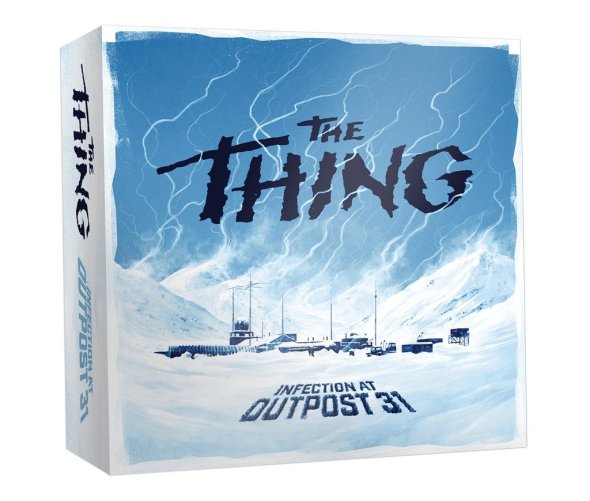 Mondo Tees has announced the THE THING ™ INFECTION AT OUTPOST 31, their very first board game in collaboration with USAopoly’s designer games division, Project Raygun. The regular version of the game will be in stores and online nationwide this October, and a limited edition Mondo exclusive version will be available at MondoTees.com.

Sign up for the INFECTION AT OUTPOST 31 newsletter here to stay up-to-date with release info.

An alien lifeform has infiltrated a bleak and desolate Antarctic research station assimilating other organisms and then imitating them. In the hidden identity game THE THING ™ INFECTION AT OUTPOST 31, you will relive John Carpenter’s sci-fi cult classic in a race to discover who among the team has been infected by this heinous lifeform. 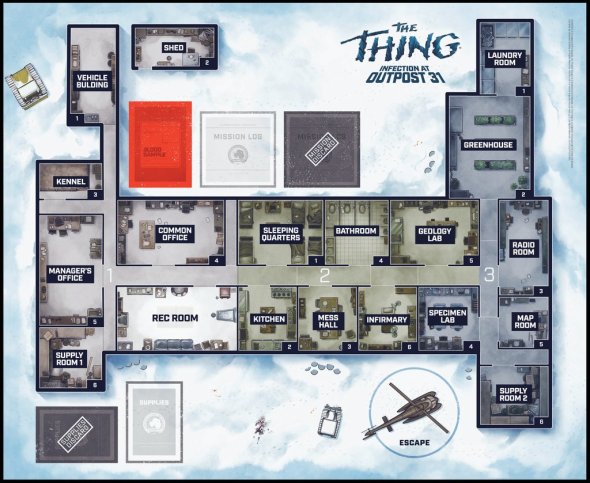 The game has been designed to be as authentically cinematic as possible, ensuring that the players will experience the paranoia and tension that makes the film so great.

“Mondo brought more than their storied design acumen to the table,” said Joe Van Wetering, Creative Design and Game Development at Project Raygun. “Thanks to their deep understanding and reverence for THE THING, they helped define the tone and shape the game play itself. INFECTION AT OUTPOST 31 reflects a true collaboration between our two brands resulting in a game that will excite table top and film aficionados alike.”

The regular version of the game features artwork and designs by Justin Erickson of Phantom City Creative. The Mondo exclusive version, sold exclusively through MondoTees.com, is limited to 1,982 copies, and features different packaging artwork by Jock. The limited edition game will also come with a Mondo print, enamel pin and two additional sculpted movers: the Norwegian character and the Palmer Thing.

Commenting on the design, artist Justin Erickson said, “with THE THING box art, I wanted to focus on the isolation of Outpost 31 and hint at the hidden alien dangers that lurk around every corner. The title of the game cut out of the ice/snow is a call back to the Thing originally being cut out of the ice by the Norwegians.” 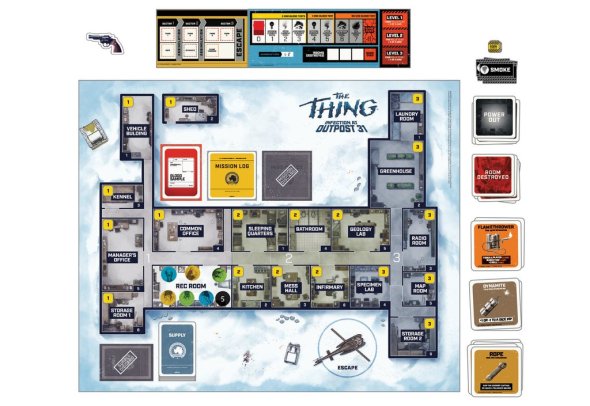 The Thing™ Infection at Outpost 31 Gameplay
It is the start of the bleak, desolate Antarctic winter when a group of NSF researchers manning the claustrophobic, isolated U.S. Outpost 31 comes into contact with a hostile extra-terrestrial lifeform. Bent on assimilating Earth’s native species, this being infiltrates the facility—creating a perfect imitation of one of the Outpost 31 crew. The staff frantically begin a sweep of the base, desperate to purge this alien infection before escaping to warn McMurdo Station that somewhere, out there in the frigid darkness, something horrible is waiting.

In THE THING™ INFECTION AT OUTPOST 31, relive John Carpenter’s sci-fi cult classic as a hidden identity game designed to push you to the edge. Play as one of a dozen characters like helicopter pilot MacReady, mechanic Childs, or station manager Garry. Face sabotage and infection as you investigate the facility—gather gear, battle The Thing, expose any imitations among you, and escape Outpost 31!

Friday the 13th: The Game

Jason Voorhees is unleashed and stalking the grounds of Camp Crystal Lake! Now we need your help to make this game an amazing reality! Check out the Kickstarter campaign HERE

In this full playthrough from the 2014 PlayStation Experience demo, Sam, played by Hayden Panettiere, is relaxing in the bath when she’s interrupted by an intruder. When she investigates, her friends are nowhere to be seen.

This play-through represents only one of the many different paths possible. Each split-second decision you make as you play could put you on a new path. Any single decision may not be fatal, but your actions could have deadly consequences for your character later in the story. 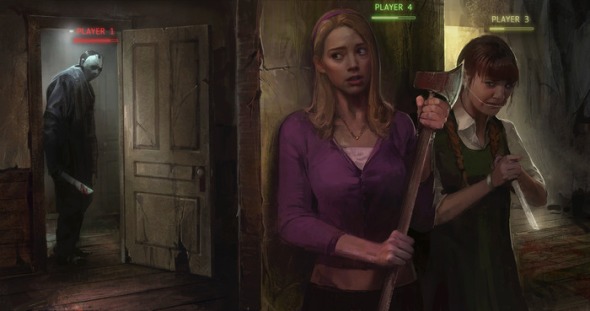 Experience the nightmare together as you and 5 friends struggle to survive against one player that’s playing as the Killer. Check it out on their Kickstarter page HERE

If you have the nagging feeling you’ve heard of this game before, you’re probably thinking about Splatter Camp, the other teen murder simulator from Babysitter Bloodbath (formerly Halloween) developer Pig Farmer Games. This isn’t Splatter Camp, this is Summer Camp. 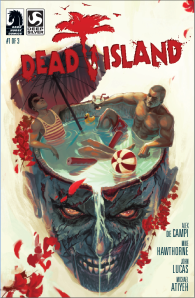 Escape Dead Island, the latest in the Dead Island video game series, we will at last learn just how the zombie outbreak began. The game is a third person survival mystery with a striking graphic design. Keeping with that tone, Deep Silver has partnered with Dark Horse Comics to release a three volume digital comic series set in the world of Dead Island.

In the Dead Island Digital Comic: “Death comes to California! Richard and Marco were two ordinary guys, until the zombie apocalypse gave them the chance to become true heroes . . . or at least rip the undead apart! Don’t miss the sidesplitting, gut-ripping digital-exclusive comic that ties directly into the Dead Island game universe!”

Each of the three volumes will run 16 pages long (48 pages in total) and will be available for FREE digitally via Dark Horse Digital. You can also read it on Amazon, on the Kobo Vox, the Barnes & Noble Nook Tablet, Nook Color, the Kobo iOS app, and the Nook app for Android.

Scheduled to be released on PlayStation 4 on a yet-to-be-announced date, Until Dawn finds a group of teenagers shacked up in a log cabin during a snowstorm while a masked murderer attempts to kill them off one by one. Details on the game are currently scarce, but merely being labeled as a “teen slasher”… after a few un-named teaser trailers over the last month, the first full length trailer was released at Gamescom this week. With this and the remastered The Last of Us, it looks like the PS4 is beating xbox One in the battle for horror fans.