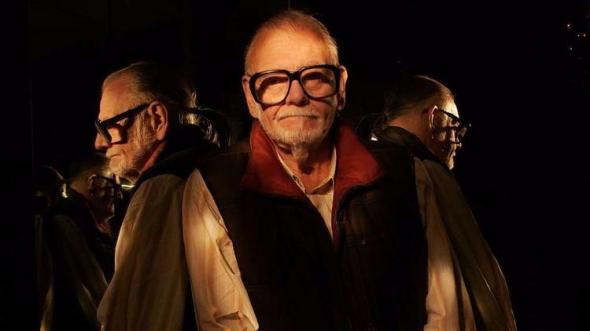 Legendary filmmaker George A. Romero, father of the modern movie zombie and creator of the ground-breaking Night of the Living Dead and subsequent franchise, has died at 77.

Romero died Sunday in his sleep after a “brief but aggressive battle with lung cancer,” according to a statement by his longtime producing partner, Peter Grunwald. Romero died while listening to the score of one his favourite films, 1952’s “The Quiet Man,” with his wife, Suzanne Desrocher Romero, and daughter, Tina Romero, at his side, the family said.

Romero jump-started the zombie genre as the co-writer (with John A. Russo) and director of the 1968 movie Night of the Living Dead, which went to inspire future generations of filmmakers such as Tobe Hooper and John Carpenter that generating big scares didn’t require big budgets. Living Dead spawned an entire school of zombie knockoffs, and Romero’s sequels included 1978’s Dawn of the Dead, 1985’s Day of the Dead, 2005’s Land of the Dead, 2007’s Diary of the Dead and 2009’s George A. Romero’s Survival of the Dead.
In recent years, as the zombie genre had a resurgence, Romero wasn’t always a fan. He told a British newspaper in 2013 that he’d been asked to do some episodes of The Walking Dead, but had no interest.

“Basically it’s just a soap opera with a zombie occasionally,” he told the Big Issue. “I always used the zombie as a character for satire or a political criticism, and I find that missing in what’s happening now.”

Romero took an intellectual view to his depiction of zombies, an approach he found lacking in some of the work that came after him.
“I grew up on these slow-moving-but-you-can’t-stop-them [creatures], where you’ve got to find the Achilles’ heel, or in this case, the Achilles’ brain,” Romero told The LA Times in 2005, referring to the organ whose destruction waylays a zombie. “In [the remake] they’re just dervishes, you don’t recognize any of them, there’s nothing to characterize them…. [But] I like to give even incidental zombies a bit of identification. I just think it’s a nice reminder that they’re us. They walked out of one life and into this.”

A sad day for my fellow horror fans, Romero kick-started so much of what we have come to love over the last 50 years. Rest in Peace.