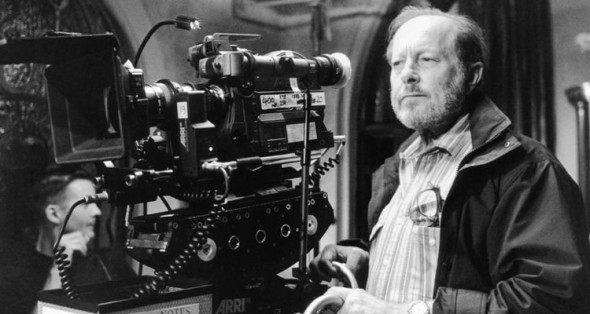 I love Nic Roeg movies. Along with Ken Russell he was an artistic touchstone in the British film industry through the 70’s and 80’s, they were provocative, original, broke new ground, caused trouble and most important, were never boring. Nic Roeg died on Sunday aged 90, rest in peace.

From his early years as a clapper boy, Roeg had progressed to world-class cinematographer, working for second unit camera under Freddie Young on David Lean’s masterpiece Lawrence of Arabia (1962). Roeg’s work on this led to important credits including Roger Corman’s The Masque of the Red Death (1964), Francois Truffaut’s Fahrenheit 451 (1966) and on John Schlesinger’s Far From the Madding Crowd (1967).

By the late 60s, after a career in cinematography which would have been quite enough for most mortals, he came to directing remarkably late: Performance (1970) Walkabout (1971), Don’t Look Now (1973), The Man Who Fell to Earth (1976) and Bad Timing (1980). And even after that he continued to make excellent movies, including Eureka (1983), Insignificance (1985), the fantasy of Marilyn Monroe meeting Albert Einstein, Track 29 (1988), the sensually charged Dennis Potter drama with Gary Oldman and Roeg’s partner Theresa Russell, and his excellent Roald Dahl fantasy The Witches (1990) with Anjelica Huston.

After his run of brilliant films in the 70s, the British antipathy to experimentation, and films lacking conventional narrative-based realism, resulted in the comparative neglect of Roeg had no liking for self-publicity, which resulted in some projects falling to other directors. As he remarked, he “refused to join the club”.

What an extraordinary film-maker Nic Roeg was, a man whose imagination and technique could not be confined to conventional genres. He should be remembered for a clutch of masterly films, but perhaps especially for his classic Don’t Look Now, not merely the best British scary movie in history, but one infused with compassion and love.