Rare footage from the set of The Exorcist

In what seems to becoming ‘Exorcist week’, here’s a fantastic behind the scenes documentary by Owen Roizman, cinematographer on The Exorcist (1973), who personally filmed behind-the-scenes footage while working on the horror production. The footage was made available in 2010 as part of the documentary Raising Hell: Filming The Exorcist, which appears on The Exorcist Blu-ray release. The documentary itself is laced with interviews from cast and crew (and is a great watch!) but I always thought it would be great to see all of that amazing rare footage spliced together, without interruption.

Check out these storyboard panels from The Exorcist. Click on the image to see larger panels… 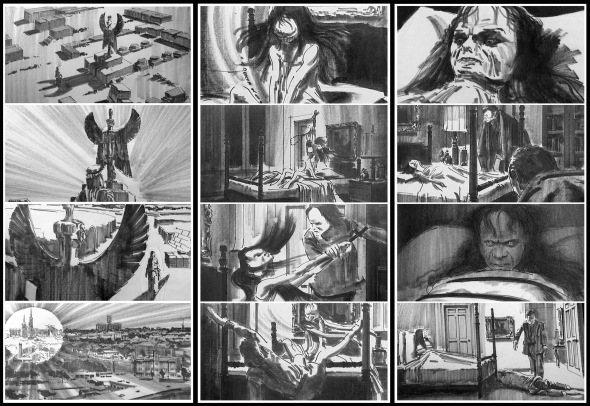