We’re used to remakes of every horror film we loved so I shouldn’t be surprised by the news that they are remaking the classic 1983 horror movie The Entity, according to Heat Vision.

James Wan, best known for directing Saw, Dead Silence, The Conjuring, Insidious and now Fast 7 will produce the remake with brothers Chad and Carey Hayes (House of Wax and The Reaping) on board to write the script. Roy Lee (The Ring, Godzilla, The Grudge, Poltergeist) will produce Entity with Wan.

The Entity told the true story of Carla Moran, a single mom who was abused physically and sexually by a supernatural demon. Barbara Hershey played Moran while Ron Silver played a doctor who believes the woman is actually abusing herself and experiencing delusions brought about by a troubled past. Also figuring into the proceedings was a young son, a boyfriend, and two parapsychologists.

The United States of Horror

The United States of Horror updated by The Art of Horror. See more HERE 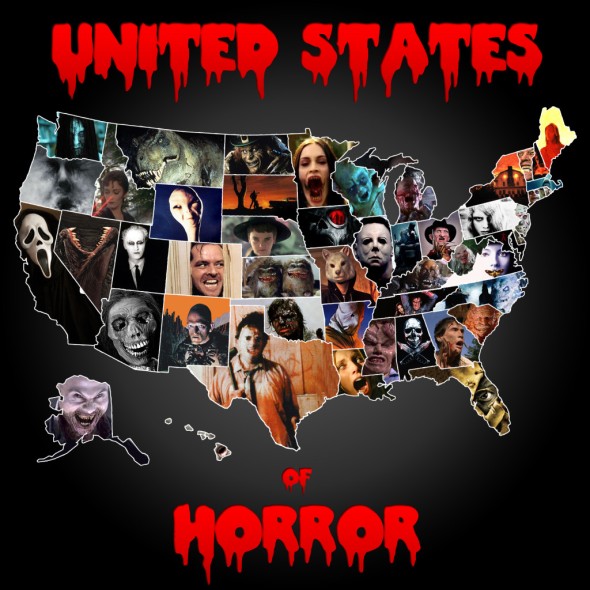 The movie features a cursed video tape that will kill everyone who watches it in 7 days.  The movie is such a hit in Japan, it even has a US remake.

The figure will come with spare hands and heads.  There will even be a television set and VHS tape.  A perfect collection for all horror movie fans. The figure is set to come out in July for 4.

Naomi Ellen Watts (born 28 September 1968) is a British-Australian actress. Watts began her career in Australian television, where she appeared in series such as ‘Brides of Christ’ (1991). She started with roles in B-class movies, such as ‘Tank Girl’ (1995) and the 1996 horror film ‘Children of the Corn IV: The Gathering’, as well as roles in television and independent movies.

Watts gained critical acclaim following her work in David Lynch’s 2001 psychological thriller ‘Mulholland Drive’. A difficult role in the complex role-reversal thriller, Watts established herself as an brave actress, a trait she would continue to display throughout her career.

The next year, she received public recognition for her participation in the box office hit horror film ‘The Ring’. In 2004, she received nominations for the Academy Award for

An excellent actress, she makes interesting choices and is always good even in films not deserving of her talents.