Artist Steve Ditko, who co-created Spider-Man and Doctor Strange with Stan Lee, has died at age 90.

The New York Police Department confirmed his death to The Hollywood Reporter. No cause of death was announced. Ditko was found dead in his apartment on June 29 and it is believed he died about two days earlier.

From the 1970s on, he rarely spoke on the record, declining almost every interview request. He sat out the publicity booms that accompanied the Spider-Man films and the Doctor Strange movie.

“We didn’t approach him. He is private and has intentionally stayed out of the spotlight like J.D. Salinger,” Doctor Strange director Scott Derrickson told THR in 2016. “I hope he goes to see the movie, wherever he is, because I think we paid homage to his work.”

Wright tweeted that Ditko was “influential on countless planes of existence” and “his work will never be forgotten.” Gaiman wrote, “I know I’m a different person because he was in the world.”

At the movies a city-destroying disaster is just the expected conclusion of any big action movie. Politicians and the media can argue all day long about whether Hollywood is destroying America in the spiritual sense, but filmmakers definitely love wrecking the country as part of a blockbuster narrative.

Check out this Hollywood disaster map that illustrates just how and where the movies like to hit. Not surprisingly, New York and Los Angeles lead the rest of the country in terms of general destruction. The infographic was put together by Reuben Fischer-Baum and Samer Kalaf. Their map covers 189 cinematic attacks (it doesn’t count post-apocalyptic adventures or small-scale attacks), which means it’s by no means a comprehensive list. For “fictional or undefined locations” like Gotham City, they assigned an approximate real-world analogue. Thanks to /Film for the link.

The Most Popular Superheroes On Social Media

At the end of another Superhero dominated year, check out this infographic from Mashable which charts the popularity of Superheroes and Villans over the last 30 days…

Homage to Marvel – By BlackMeal

Check out this BlackMeal homage to Marvel, which created most of the superheroes who entertained generations of children and adults for more than 80 years. 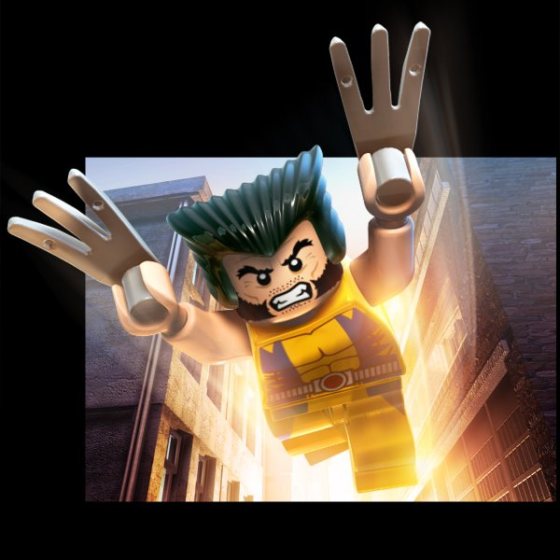 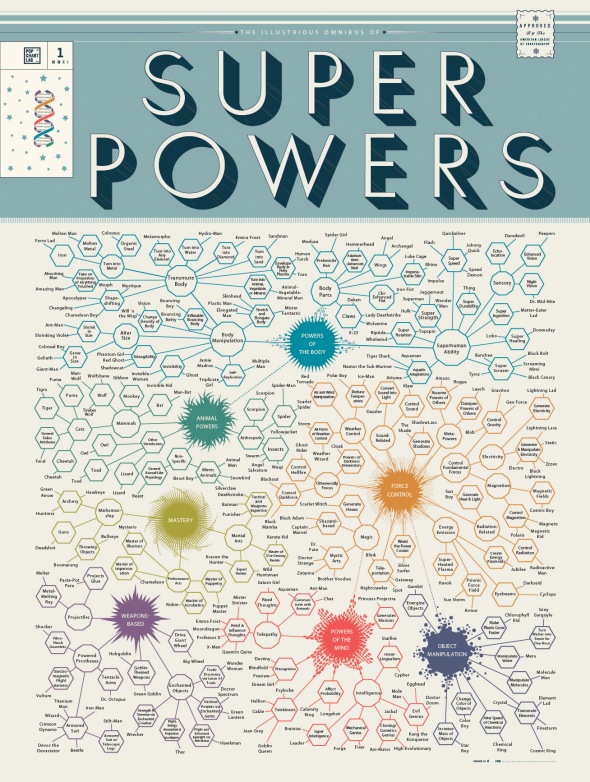 Check out these designs, sculpture and Make-Up from the Stan Winston Studios for the original Sam Raimi directed Spider-Man… I love Sam, but he made a mistake in not using these… 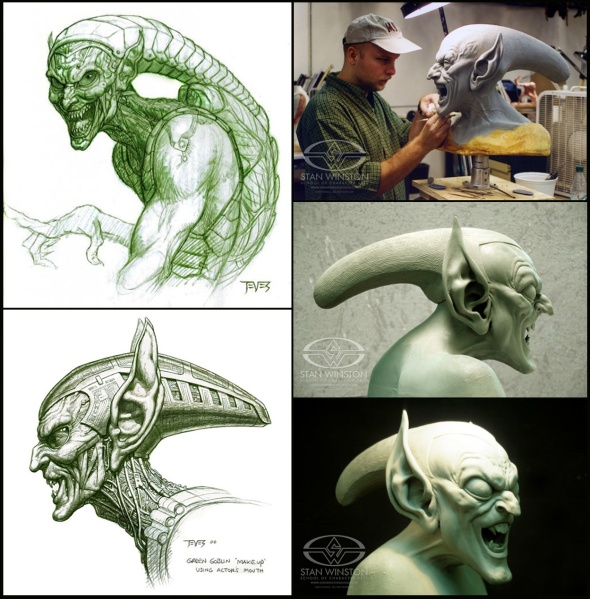 The Amazing Spider-Man by my (almost) 7 Year Old Son

My son went to see the Amazing Spider-Man with his aunt and cousin, so I am yet to see it. He liked the movie and wrote this review to explain the story to me… he seemed to like it as much as the other Spider-Man movies.

The Amazing Spider-Man is called the untold story, and it’s about Spider-Man starting all over again. He makes a new suit and gadgets. His gadget on his arm is like a watch on his arm that shoots webs out of it.

Spider-Man gets bad guys out of town like Batman. He has a new guy to fight called the Lizard. The lizard used to be Peter Parkers friend who is a scientist, he puts needles into mice with no arm like him; the needle makes them turn into lizards. He puts the same needle into his arm and he gets scaly skin on his arm, he rips it off and he has a new arm. But it turns him into the lizard.

Spider-Man fights Lizard on a bridge and has to save cars from falling that the Lizard is throwing off the bridge. Spider-Man also saves a kid who is in one of the cars.

That’s all I can remember. It was good fun, I liked the bit when Spider-Man shoots a web onto a bad guys penis, but the bad guy had clothes on, but it still hurt him.

She then starred in the horror-comedy ‘Zombieland’ along with Woody Harrelson and Jesse Eisenberg. Stone played Wichita, a survivor/con artist from Witchita, Kansa, traveling across the U.S. with her younger sister Little Rock (Abigail Breslin).

She was in the indie comedy ‘Paper Man’ in 2009. In 2010, Stone voiced the character Mazie in ‘Marmaduke’, and starred in the high school comedy ‘Easy A’, which earned her a Golden Globe nomination. She is slated to play Gwen Stacy in the ‘Amazing Spider-Man’ film, a reboot of the ‘Spider-Man’ film franchise. Marrc Webb is directing the film, which has a release date of July 3, 2012.

Ditko studied under Batman artist Jerry Robinson at the Cartoonist and Illustrators School in New York City. He began his professional career in 1953, working in the  studio of Joe Simon and Jack Kirby, beginning as an inker and coming under the influence of artist Mort Meskin. During this time, he then began his long
association with Charlton Comics, where he did work in the genres of science fiction, horror, and mystery. He also co-created the superhero Captain Atom in 1960.

Ditko then drew for Atlas Comics, the 1950s forerunner of Marvel Comics. He went on to contribute much significant work to Marvel, including co-creating Spider-Man, who would become the company’s flagship character. Additionally, he co-created the supernatural hero Doctor Strange and made important contributions to the Hulk and Iron Man. In 1966, after being the exclusive artist on The Amazing Spider-Man and the “Doctor Strange” feature in Strange Tales, Ditko left Marvel for reasons never specified.

Ditko then worked for Charlton and DC Comics, making major contributions, including a revamp of long-running character Blue Beetle, and creating or co-creating the Question, the Creeper, and Hawk and Dove. Ditko also began contributing to small independent publishers, where he created Mr. A, a hero reflecting the influence of Ayn Rand’s Objectivism philosophy. Since the 1960s, Ditko has declined most interviews, stating that it is his work he offers readers, and not his personality.

Samuel Marshall “Sam” Raimi (October 23, 1959) is an American film director, producer, actor and writer. He is best known for directing cult horror films like the ‘Evil Dead series’, Darkman’ and ‘Drag Me to Hell’, as well as the blockbuster ‘Spider-Man’ films and the producer of the successful TV series ‘Hercules: The Legendary Journeys’, Xena: Warrior Princess’, ‘Legend of the Seeker’ and ‘Spartacus: Blood and Sand’.

Raimi became fascinated with making films when his father brought a movie camera home one day and he began to make Super 8 movies with childhood friend Bruce Campbell. In college, he teamed up with his brother’s roommate Robert Tapert and Campbell to shoot ‘Within the Woods’ (1978), a 32-minute horror film which raised $375,000, as well as the short comedic film ‘It’s Murder!’. Through family, friends, and a network of investors Raimi was able to finance production of the highly successful horror film ‘The Evil Dead’ (1981) which became a cult hit and effectively launched Raimi’s career. He began work on his second film ‘Crimewave’ (1985), intended as a live-action comic-book, the film was not successful, due in part to unwanted studio  intervention.

Raimi returned to the horror genre with the seminal ‘Evil Dead II’ (which added slapstick humor to the over the top horror, showcasing his love of the Three Stooges). With his brother Ivan Raimi (and crediting himself as Celia Abrams), Sam Raimi also wrote ‘Easy Wheels’ (1989), a parody of the Outlaw biker film genre. A long-time comic book buff, he then attempted to adapt “The Shadow” into a movie, but was unable to secure the rights, so he created his own super-hero, ‘Darkman’ (1990). The film was his first major studio picture, and was only moderately successful, but he was still able to secure funding for Evil Dead III which was retitled ‘Army of Darkness’,  which turned away almost totally from horror, with the exception of a few memorable scenes, in favor of fantasy and comedy elements. Army of Darkness was a box office flop, yet on video became a cult classic, Army of Darkness was the final movie in the Evil Dead trilogy.

In the 1990s Raimi moved into other genres, directing such films as the western ‘The Quick and the Dead’ (1995) starring Sharon Stone and Gene Hackman, the critically acclaimed crime thriller ‘A Simple Plan’ (1998) starring Bill Paxton and Billy Bob Thornton, the romantic drama ‘For the Love of the Game’ (1999) starring Kevin Costner and the suspense thriller ‘The Gift’ (2000) with Kate Blanchett. Raimi then achieved great critical and commercial success with the blockbuster ‘Spider-Man’ (2002), which was adapted from the comic book series. The movie has grossed over $800 million worldwide, spawning two sequels: ‘Spider-Man 2’ (2004) and ‘Spider-Man 3’ (2007), both directed by Raimi and both grossing roughly $800 million each.

Raimi returned to the horror genre with Drag Me to Hell is a 2009 American horror film, directed by Raimi, with a screenplay by Sam and Ivan Raimi. The plot focuses on loan officer Christine Brown (Alison Lohman), who tries to impress her boss by refusing to extend a loan to a gypsy woman by the name of Mrs. Ganush (Lorna Raver). In retaliation, Ganush places a curse on Christine that, after three days of escalating torment, will plunge her into the depths of Hell to burn for eternity. The film premiered at the Cannes Film Festival and was released to wide critical acclaim. It was also a box office success, making $90.8 million worldwide on a $30 million budget. Drag Me to Hell also won the award for Best Horror Film at the 2009 Scream Awards and the 2010 Saturn Awards.

Raimi is currently directing ‘Oz The Great and Powerful’, a prequel to ‘The Wizard of Oz’, which will be released in 2013 by Walt Disney Pictures.