Friday the 13th & the Birth of Jason Voorhees

Sebastian Twardosz interviews Friday the 13th creator Sean S. Cunningham to talk about everything from  how the film started out as only a title to the creation of the infamous hockey mask.

Not only dose Cunningham share information about how the franchise (originally not intending to be one) was formulated, but he shares some keen wisdom on filmmaking as well. For instance, he shares a story about when he first screened Friday the 13th for Wes Craven and was told that it was boring and slow. However, when he screened the final cut with all the audio, music, and sound effects added, reactions completely changed. Cunningham expresses how large of an impact the right soundtrack can make on how your viewers respond to your film emotionally.

Friday the 13th the Series… Again 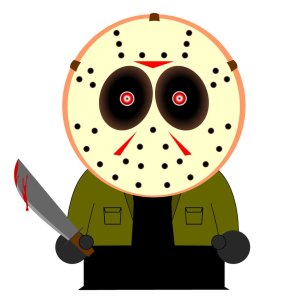 Jason Voorhees is ready to slash his way to small-screen stardom. Emmett/Furla/Oasis Films and Crystal Lake Entertainment have set a deal to produce a new hour-long dramatic series based upon the characters and settings of Friday the 13th. That’s average news, not sure how this would play out… bad news is that Sean S. Cunningham, who helmed the 1980 original, will be executive producer along with EFO Films principals Randall Emmett & George Furla, Mark Canton of Atmosphere Entertainment MM, Steve B. Harris of Diversion3 Entertainment, and Ted Fox of Fox Entertainment. Also producing is Horror Inc. president Robert Barsamian, who produced the features… That’s an awful lot of ‘interference’ from a production standpoint, it looks bad already.

Bill Basso (Terminator) and Jordu Schell (Avatar) have been set to script a storyline that re-imagines Jason in multiple time periods. Roy Knyrim (Gods And Monsters) of SOTA FX will coordinate the special make-up effects for the series. If you recall, the original was set at a summer camp, closed because of the drowning of an unattended child. Promiscuous counselors tried to re-open the place, but they began dying. Jason actually took root as the indestructible villain in the second film, with his signature hockey goalie mask coming later. The series is contemporary, focusing on the eclectic characters of Crystal Lake who are forced to confront the return of the killer, as new secrets about his wacky family are revealed.

“Jason Voorhees is synonymous with the genre and we plan to build on this legacy with a provocative and compelling take that expands upon the storylines that have already thrilled millions worldwide,” explained Cunningham. Said Barsamian: “Expect the show to take viewers in some exciting new directions that we’re confident will not only excite existing fans of Friday The 13th but also attract new audiences to the situations and characters that inhabit the small town of Crystal Lake.”

Credit where it’s due, Cunningham made the original Friday the 13th, however that movie apart, Cunningham has never understood Jason, he’s never understood why he worked or why he was so popular. Since his return to the franchise he’s done two of the worst series movies in Jason Goes to Hell and Jason X. What he’s always wanted to do and fail at, is make over-sexed-teen comedies. This is a money grabbing exercise… again.

I thought another list was overdue and wanted to do something slightly different. So over the next few weeks I’ll be posting a review of one of the five major groundbreaking horror movies of the late 60’s through early 80’s. The movies on the list are: The Night of the Living Dead (1968); The Last House on the Left (1972); The Texas Chainsaw Massacre (1974); Halloween (1978) and The Evil Dead (1981). These movies set the templates that have been used to make and remake hundreds of horror movies of varying quality for the last 30+ years.

The first movie reviewed is The Last House on the Left. For no reason other than I lent my copy to a mate at work and when he gave it back to me I watched it again on the weekend.

On the eve of her birthday, Mari Collingwood (Sandra Cassell) and her friend Phyllis Stone (Lucy Grantham) borrow the family car to go to a concert in New York. They head to a seedier part of the city to score some marijuana before the show and it’s there they meet Junior (Marc Sheffler) who says he has some back at his apartment. The girls agree to go back with him. At the apartment Junior introduces the girls to his father Krug (David Hess), Weasel (Fred Lincoln) and their apparently shared partner Sadie (Jeramie Rain). Krug and Weasel are escaped convicts, dangerous and sadistic; they abuse and rape Phyllis in front of Mari.

e next day they put both girls in the car boot and head off to the country. They take the girls into the woods where their ordeal is about to get much worse. They dehumanise the girls, making them strip, soil themselves and touch each other, then they murder and dismember Phyllis. Krug cuts his name into Mari’s chest before he rapes and murders her.

The killers head to the nearest house under the guise of a family on the road, they say that their car has broken down and they need somewhere to stay. The house belongs to Mari’s parents (Gaylord St James and Cynthia Carr) who discover what has happened to their daughter… they wreak savage revenge on the gang one at a time.

Last House was directed by Wes Craven who went on to make ‘A Nightmare on Elm Street’ and ‘Scream’ and was produced by Sean S. Cunningham who made the original ‘Friday The 13th’.

he reason that this movie retains such a reputation almost 40 years after its release is not only due to the savagery of the violence but the way it is portrayed. Craven said that he wanted to represent violence in the movie the way that he was seeing it on the TV news in shocking footage from Vietnam. The violence therefore is shot in a documentary style without any score, it looks and feels real. Craven then intercuts the violence with blissful  scenes of the parents preparing Mari’s party and comedic scenes of two hapless policemen (Marshall Anker and Martin Kove) looking for the missing girls. The gang are shown enjoying the violence then becoming bored by it. The movie is also accompanied by an odd late 60’s style score by actor David Hess; it lyrically tells the story as it unfolds and throws those scenes off kilter with the feel of the rest of the movie.  None of this should work, but intercut together in the verite style it combines to make the violent shots feel worse… and it works.

The best DVD version is the UK 3 Disc Ultimate Edition. It contains 2 uncut versions of the movie and some excellent documentaries: Celluloid Crime of the Century and Krug Conquers England as well as outtakes and trailers. The real bonus is the 3rd disc which contains Going to Pieces: The Rise & Fall of the Slasher Film, a feature length documentary on the slasher film genre.

Quotes from the docum

entary: “It was a film very much on the edge” Wes Craven; “We didn’t know what we didn’t know” Sean Cunningham; “What you’re seeing in her face is real fear” Fred Lincoln; “It never gets so bad that it’s funny, it’s just so bad” Jeramie Rain