In this full playthrough from the 2014 PlayStation Experience demo, Sam, played by Hayden Panettiere, is relaxing in the bath when she’s interrupted by an intruder. When she investigates, her friends are nowhere to be seen.

This play-through represents only one of the many different paths possible. Each split-second decision you make as you play could put you on a new path. Any single decision may not be fatal, but your actions could have deadly consequences for your character later in the story.

The Last Of Us – Sam Raimi 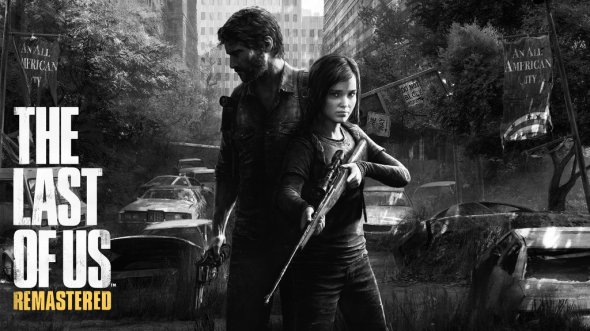 Sam Raimi was at comic-con with Neil Druckmann, creator of the Naughty Dog game The Last Of Us, to talk about how that PlayStation 3 survival horror action game is being turned into a feature with Raimi producing and Druckmann now writing the screenplay. Screen Gems President Clint Culpepper, whose previous big videogame-to-movie transfer was Resident Evil, basically has given over big creative controls to Druckmann in the movie transfer. That includes casting, and choice of director.

At this point, Hugh Jackman and Josh Brolin have been the consensus fan favorites to play the role of Joel, and the choice most heavily favored to play Ellie is Maisie Williams, the Game Of Thrones star who’s so sparked about this prospect that she would have shown up for today’s panel were she not waylaid by being part of an Entertainment Weekly cover shoot for Game Of Thrones.

Said Raimi: “It’s gonna be a great character journey, a great love story, and great horror fiction.” Raimi also took a moment to tease the prospect of more Evil Dead: “I always loved working on that series with Bruce Campbell and Rob Tapert, and my brother and I are writing the Evil Dead TV show right now… with Bruce Campbell.” They even toyed with the idea of having Campbell be in the Last Of Us film adaptation, Campbell has been intertwined with Raimi since 1981′s The Evil Dead. That film, by the way, is a touchstone for Druckmann and the creatives behind the Naughty Dog vidgame empire.