The Walking Dead – by Matthew Woodson 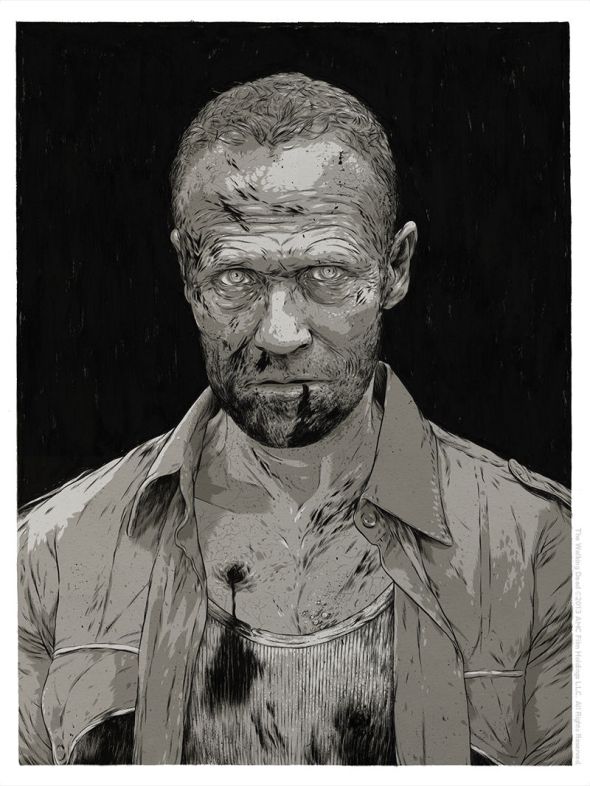 Michael Rooker (born April 6, 1955) is an American actor. Rooker, who has eight brothers and sisters, was born in Jasper, Alabama and studied at the Goodman School of Drama in Chicago, where he moved with his father and siblings at the age of thirteen, after his parents divorced.

He made his film debut in 1986 playing the title role in the John McNaughton underground classic Henry: Portrait of a Serial Killer, a film based on the confessions of real life serial killer Henry Lee Lucas. He has since appeared in numerous films over the years including Mississippi Burning, Sea of Love, Days of Thunder, JFK, The Dark Half, Cliffhanger, Tombstone, Mallrats, The Replacement Killers, The Bone Collector, The 6th Day, Repo! The Genetic Opera, and Jumper. He has also guest starred in the TV series Stargate SG-1 and Crime Story.

More recently, he has starred in James Felix McKenny’s horror film Hypothermia. In June 2010 he revealed via Twitter that he was to appear in the AMC television series The Walking Dead. In the record-breaking series, he portrays Merle Dixon, one of the survivors of the zombie apocalypse.

Check out his official website HERE for tons of info, tweets, images, podcasts and videos.