Godzilla is about Godzilla versus MUTO which means ‘Massive Unidentified Terrestrial Organism’.

After 15 years MUTO outside the old nuclear area, MUTO attacks breaks free. He goes to America where a female MUTO destroys Las Vegas.

SPOILER ALERT Then Godzilla follows them and fights the male MUTO and he slams it into a building and it dies. After that the building collapses on Godzilla and everyone thinks he’s dead. The female MUTO lays some eggs and tries to stop a boat with a nuclear missile on it, but Godzilla has a massive battle with her and blasts plasma down her throat and tears off her head.

My favourite part was in San Francisco where everyone was relaxing and on the tv news it was saying ‘Las Vegas Attack’ and no one was taking any notice until the wall smashed and MUTO was outside. My other favourite part was when the firemen broke down a door and the Elvis Presley song that me and Dad sing to my sister was playing and then the firemen look outside because the wall is destroyed. All these other buildings with MUTO destroying most of the city and all these helicopters flying around that’s when the song goes: “You’re the Devil in disguise”

With Gareth Edwards’ new film Godzilla hitting theaters tonight, people are once again talking about his first feature, Monsters which was one of the best movies of 2010. It would seem to be a good time to debut the new Monsters: Dark Continent trailer. This sequel features Edwards as an exec producer, along with his Monsters star Scott McNairy. Tom Green directed from a script by Jay Basu, and this time the action moves to the Middle East, where US military forces are dealing with a different sort of “infected zone” full of monsters. Check out the new trailer… 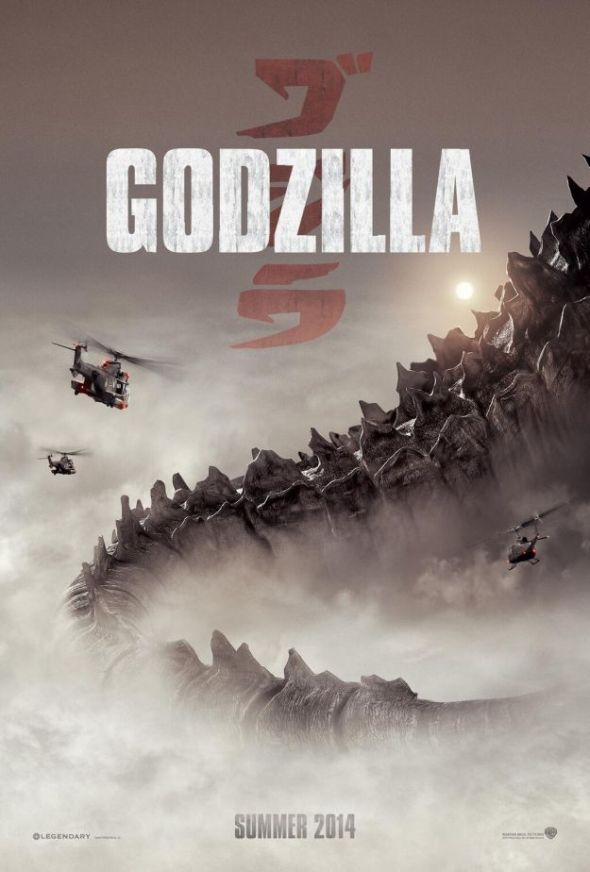 Pacific Rim is about giant monsters attacking earth. Different country’s create robots called Jaegers. The Jaegers must save the world from the monsters.The monsters are giant and the Jaegers are giant.
There are two pilots in the Jaegers. Two of the pilots look like they are General Zod’s soldiers from “Superman 2”
My favourite part was when the USA Jaeger grabbed a giant ship and smashed the ship on the monster. My other favourite part was when the Jaeger fist smashed through a huge building and it’s knuckle hit some metal balls on a desk and made the the sound “TING”.
I think it is Appropriate for ages 6 and over. I gave it 5 stars. (I enjoyed it more the second time around. The dialogue didn’t bother me as much, the set pieces were still incredible and I really enjoyed seeing the awe on my sons face at some of the battle scenes. He thought it was funny where it was meant to be, and spectacular pretty much throughout… I guess it’s far more kid friendly than I initially thought). 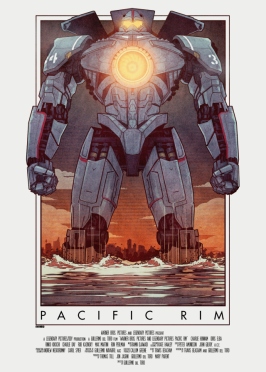 Pacific Rim begins with an incredibly entertaining backstory informing us that ‘we’ the human race had gotten it wrong, we were looking to the skies for clues to an alien invasion. A fissure between two tectonic plates in the Pacific opens up a portal that allows Kaiju, giant Godzilla inspired monsters access to cities bordering the Pacific Ocean… Massive destruction ensues.

The human race fights back by building Jaegers, giant robots manned by two pilots, linked by mind-meld technology called ‘The Drift’. Jumping forward a few years and Jaeger pilots are treated like rock stars. Our hero, Raleigh Becket (Charlie Hunnam) and his brother Yancey, pilot their Jaeger against a Kaiju off Anchorage… things don’t go well and Yancey is killed. Another five years later and Raleigh is ‘off the grid’ working construction on a giant sea wall along the Pacific coastline. He’s called back into service by his ex-commander, Stacker Pentecost (Idris Elba) to co-pilot his old robot out of Hong Kong with a new partner… More massive destruction ensues.
Directed by Guillermo Del Toro, Pacific Rim is visually spectacular. The Hong Kong city sets are reminiscent of Blade Runner, run down neon reflected in rain-swept streets. It’s here we feature a quirky side story with Ron Perlman as a dealer in Kaiju parts. The visual effects are as spectacular as you would expect, and work exceptionally well in the 3D format, although a few more wide shots would have allowed us to take in the scale more clearly.

The movie only falls flat in the non-effects driven sequences as the dialogue is fairly cheesy and delivered a little too straight most of the time and a little too comical from the ‘scientists’ who help Pentecost look for a way to bring the Kaiju down. Del Toro got the balance right with the Hellboy movies but it generally falls flat throughout most of Pacific Rim. A special mention must got to the two ‘Australian’ Jaeger pilots, as they deliver some of the worst accents I’ve ever heard.
But we go to see these movies for the spectacle, and Pacific Rim delivers more than its fair share in that department. The battles are huge and numerous, matching and exceeding the Transformers battles. This is blockbuster popcorn entertainment on a massive scale. Not Del Toro’s best work, but it’s great to have him back directing again after his numerous scripting and producing duties over the last few years. My 7 year old is jumping out of his skin to see this, he’ll see it on the weekend and his review will follow, but I can guarantee now it will be five stars from him.

This is the third, but probably not last time, I’ll post a Pacific Rim trailer… each one shows more mayhem.

Guillermo del Toro’s epic sci-fi action adventure Pacific Rim is due July 12th in 2D and 3D. In the near future, legions of monstrous creatures, known as Kaiju, start rising from the sea, a war begins that takes millions of lives and consumes humanity’s resources for years on end. To combat the giant Kaiju, a special type of weapon was devised: massive robots, called Jaegers, which are controlled simultaneously by two pilots whose minds are locked in a neural bridge.

But even the Jaegers are proving nearly defenseless in the face of the relentless Kaiju. On the verge of defeat, the forces defending mankind have no choice but to turn to two unlikely heroes—a washed up former pilot (Charlie Hunnam) and an untested trainee (Rinko Kikuchi)—who are teamed to drive a legendary but seemingly obsolete Jaeger from the past. Together, they stand as mankind’s last hope against the mounting apocalypse.

Check out the newly released posters and new trailer below.