While Hollywood has suffered one of the worst summers in years, the horror genre is laughing all the way to the bank. Universal kicked the year off with massive successes, including Jordan Peele’s Get Out and M. Night Shyamalan’s Split, both topping $250 million worldwide. Even David F. Sandberg’s Annabelle: Creation could topple $300m. While we’re all celebrating these successes none are as important as Warner Bros./New Line Cinema’s IT, which has shattered September records by topping $100 million during its opening weekend.

That $117 million is just in the States, with early international reports just coming in adding $62m to the total. Early Sunday morning estimates have the worldwide gross at $179 million. A $500+ million worldwide total would be some accomplishment, at this stage that looks likely and something no one was saying before last Thursday!

IT could initiate a revival in bigger budget horror…

These minimalist movie posters are inspired by ten horror films. Each one features a pair of objects from a key moment in the movie, but it’s up to you to figure out the name of the film they represent. Check them out HERE

For some, Clowns are terrifying… for those people I’m sharing this awesome “Class of the Killer Clowns” yearbook fromFly53.com  featuring some classic clowns from your nightmares including Pennywise, Captain Spaulding and the latest addition Twitchy from American Horror Story: Freakshow. 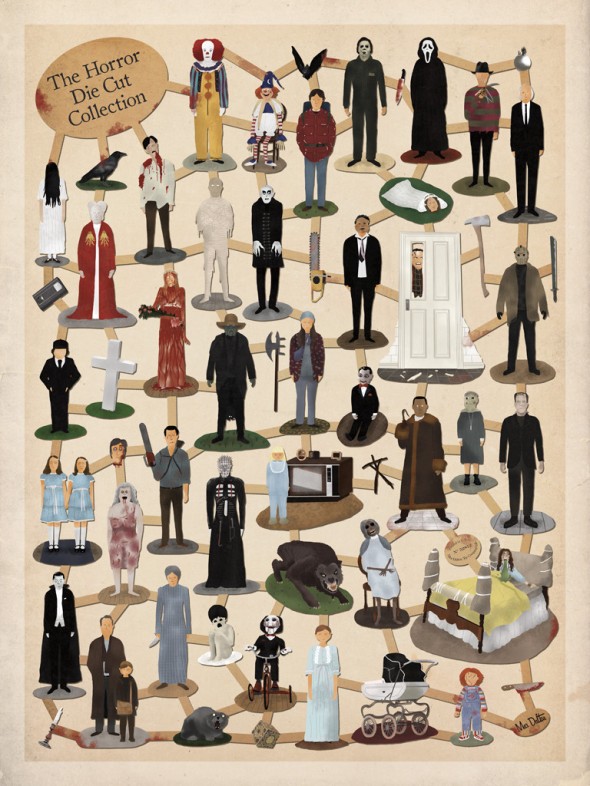 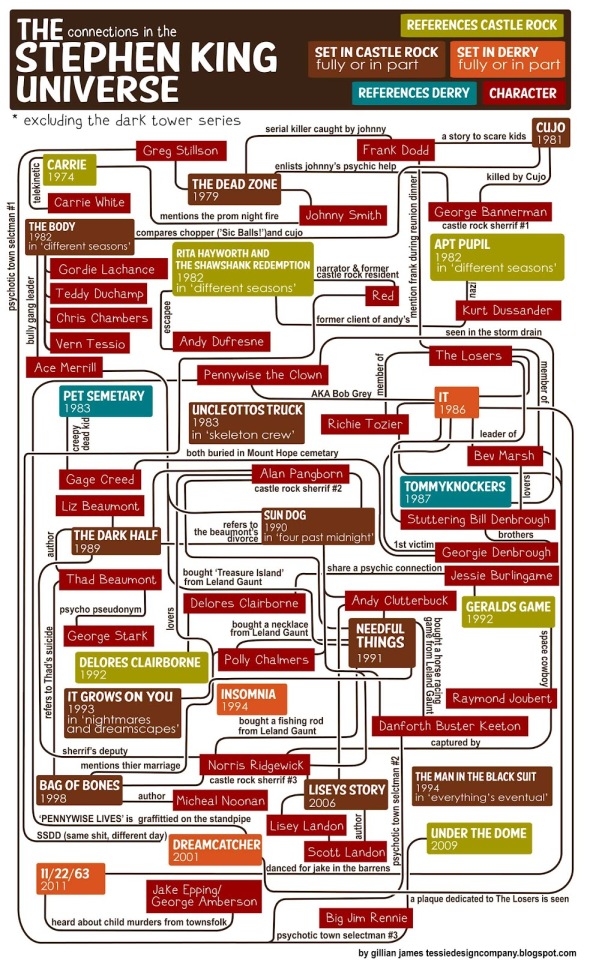 At 1,104 pages, It is one of Stephen King’s longest and densest works. The story centers around a group of kids who stumble across an evil creature called It, which likes to take the form of a murderous clown called Pennywise. Years later, those same kids are drawn together as adults to face It again. It was previously adapted into a TV miniseries in 1990 which starred John Ritter, Harry Anderson, Tim Reid, Annette O’Toole, Richard Thomas, and Tim Curry as the clown of your nightmares.

Dave Kajganich was hired in 2009 to write the screenplay, but there hasn’t been much news from Warners about the project until now. Cary Fukunaga has just been hired to direct the remake, which Warner Brothers plans to split across two films. With just two completed features under his belt, Fukunaga has already gained a reputation as a talented filmmaker able to deliver both style and substance. Both his debut Sin Nombre and his follow-up Jane Eyre were rapturously received by critics.

King’s tales have been making it to film and television since the ’70s (Brian De Palma’s Carrie was the first), but his popularity hasn’t waned one bit. If anything, he seems Stephen King is hotter now than ever. Just this week, an adaptation of King’s short story The Ten O’Clock People was announced, to be directed by Thinner and The Langoliers helmer Tom Holland. Joining a long, long list of King-inspired projects currently in the works that also includes Kimberly Peirce’s Carrie remake, Mark Pavia’s King horror anthology, Ben Affleck’s version of The Stand, Warner Bros. and HBO’s The Dark Tower, Syfy’s The Eyes of the Dragon, and Showtime’s Under the Dome – just to name a few.

June 14, 2012 | Categories: NEWS: Horror | Tags: Carrie, It, Stephen King, The Dark Tower, The Eyes of the Dragon, The Langoliers, The ten O'Clock People, Thinner, Under the Dome | Leave a comment