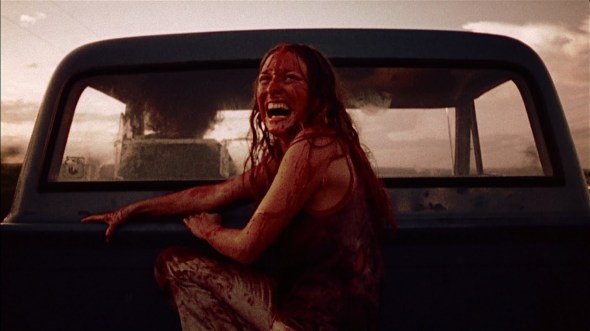 Incredibly sad news today, Marilyn Burns, one of the original “scream queens” who starred in Tobe Hooper’s original 1974 Texas Chainsaw Massacre, died Tuesday in Texas. She was 65 and was found dead in her home near Houston.

The Texas Chainsaw Massacre was her first lead role; in it she played teenager Sally Hardesty, who goes with her brother and friends to the cemetery where her grandfather is buried and ends up as the only survivor of an encounter with the insane family led by chainsaw-wielding Leatherface. Her iconic screaming throughout her prolonged capture and escape is horror legend.

Burns was born in Erie, Penn., raised in Texas and had small parts in films including Robert Altman’s Brewster McCloud while she was still in high school, and George Roy Hill’s The Great Waldo Pepper.

But she was most known for horror films including Hooper’s 1977 “Eaten Alive,” about an insane hotel proprietor who feeds his guests to his pet alligator. Among her other films were “Kiss Daddy Goodbye” and “Future-Kill.”

In 1976, she appeared in TV movie Helter Skelter as Charles Manson follower Linda Kasabian. She had a cameo in “Texas Chainsaw Massacre: The Next Generation” and was seen in her original role in archival footage in “Texas Chainsaw 3D.”

She talked to Terror Trap in 2004 about her experience shooting the gruesome “Chainsaw”: “Afterwards, I was just so grateful it was over. I probably was the happiest girl alive. During it, I was 100% focused and I probably wasn’t a joy to be around. It was an interesting shoot for sure.” 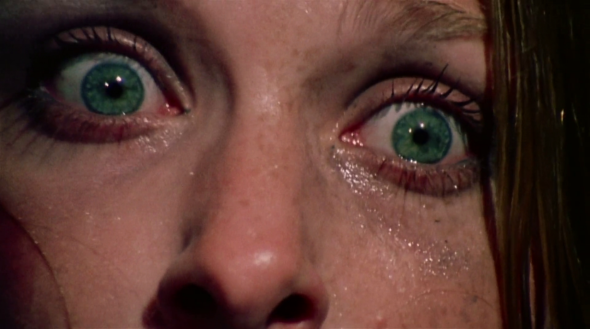 Director/Writer Stewart Thorndike (Tess and Nana) and Producer Alex Scharfman announced today they have decided to offer their Outfest award-winning horror feature Lyle, starring Gaby Hoffmann (“Girls”), to their fans for free starting August 4, 2014. It will be streaming on the film’s website HERE during the duration of the duo’s Kickstarter campaign for their next project Putney, the second of three upcoming female-focused horror films, also launching August 4th.

Lyle debuted to critical praise at the 2014 Outfest Film Festival where Gaby Hoffmann won the Grand Jury Best Actress award for her electrifying performance as Leah, a pregnant lesbian confronted by an unspeakable evil. Stewart Thorndike’s sinister ode to Rosemary’s Baby uses dark humor and razor-sharp camera work taking audiences into a growing nightmare as Leah begins to question the motives of her partner, friends and neighbors as a pregnant lesbian confronted by an unspeakable evil brings out a primal terror that’s difficult to shake.

Check out this anthology of 8 (Soon to be 13) short horror films from a collective of British film-makers on low budgets. ‘Don’t Move’ is the 8th slice in the Bloody Cuts’ anthology of short horror films. Set on one fateful night, six friends gather for their monthly ‘games night’… and accidentally unleash a demonic force that might tear them – and their friendships – to pieces.

Check out the link HERE to see interviews, behind the scenes, merchandise and more at their webpage. The films are also viewable on their YouTube page HERE