Revered cinematographer Roger Deakins has ‘never worked on a film with so many different sets and lighting challenges’ as ‘Blade Runner 2049.’

Denis Villeneuve’s sequel to Ridley Scott’s 1982 original film looks to be a jaw-dropping mix of visual feats that stay true to both the story and the technical innovation that made Blade Runner an instant classic. Villeneuve acknowledges this legacy, stating “I have massive respect for the world Ridley created. Blade Runner revolutionized the way we see science fiction.”

Villeneuve is likely the right man for the job, as he took science fiction down an entirely new road himself, ostensibly reinventing the hackneyed alien genre with 2016’s Arrival, for which he was nominated for an Academy Award in Directing.

Blade Runner 2049 indeed brings several heavy-hitters to the table to help ensure its success, including no less of a cinematographer than multiple Oscar-nominated Roger Deakins, who also shot for Villeneuve on 2015’s Sicario. No stranger to complex action movies (the James Bond hit Skyfall, for one), Deakins admits in the featurette, “I’ve never worked on a film with so many different sets and lighting challenges. Technically, it’s quite challenging.” 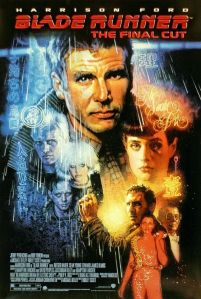 LOS ANGELES, CA, MAY 31, 2013, 3:30 pm, EST—Writer Michael Green is in negotiations to do a rewrite of Alcon Entertainment’s “Blade Runner” sequel penned by Hampton Fancher (“Blade Runner,” “The Minus Man,” “The Mighty Quinn”) and to be directed by Ridley Scott. Fancher’s original story/screenplay is set some years after the first film concluded.

Alcon and Yorkin previously announced that they are partnering to produce “Blade Runner” theatrical sequels and prequels, in addition to all television and interactive productions.

Released by Warner Bros. almost 30 years ago, “Blade Runner” was adapted by Hampton Fancher and David Peoples from Philip K. Dick’s groundbreaking novel “Do Androids Dream of Electric Sheep?” and directed by Scott following his landmark “Alien.” The film was nominated for two Academy Awards (Best Visual Effects, and Best Art Direction). Following the filming of “Blade Runner,” the first of Philip K. Dick’s works to be adapted into a film, many other of Dick’s works were likewise adapted, including “Total Recall,” “A Scanner Darkly,” “Minority Report,” “Paycheck,” and the recent “The Adjustment Bureau,” among others.

Spanish comic artist Jesús Orellana spent a and a hundred ollars making the all-CGI short film Rosa, which did well at festivals and is now making waves in Hollywood. There is a plan to develop Rosa as a feature, and with the internet debut of Rosa in the past twenty-four hours, Orellana is the latest in a growing line of short film directors to attract agency and producer attention.

SYNOPSIS: ROSA is an epic sci-fi short film that takes place in a post-apocalyptic world where all natural life has disappeared. From the destruction awakes Rosa, a cyborg deployed from the Kernel project, mankind’s last attempt to restore the earth’s ecosystem. Rosa will soon learn that she is not the only entity that has awakened and must fight for her survival.