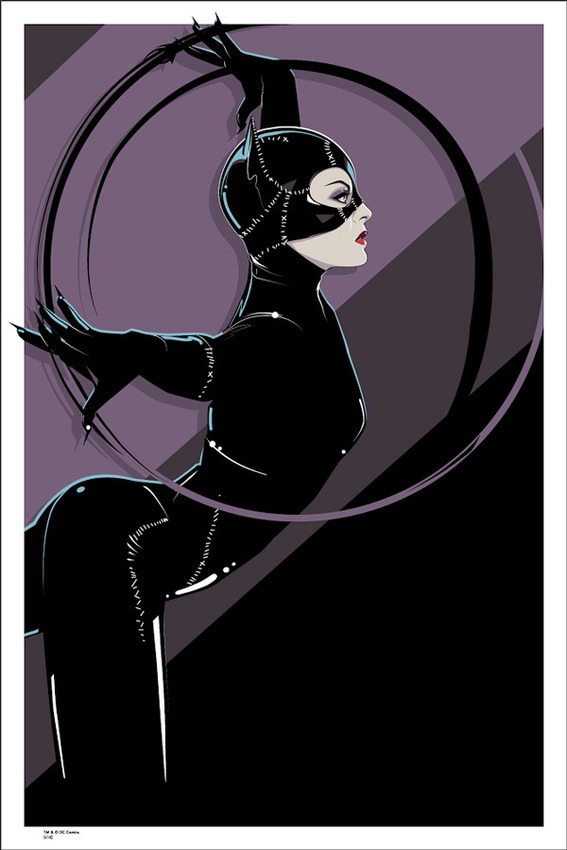 The Most Popular Superheroes On Social Media

At the end of another Superhero dominated year, check out this infographic from Mashable which charts the popularity of Superheroes and Villans over the last 30 days… 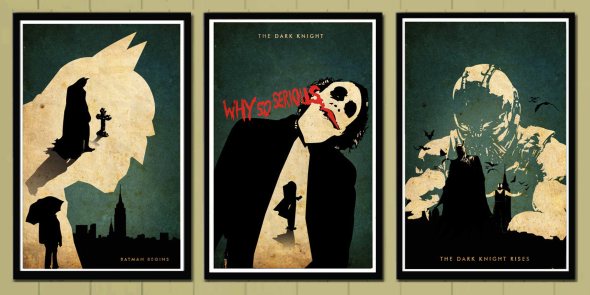 Anne Jacqueline Hathaway (born November 12, 1982) is an American actress. Hathaway is an Emmy Award-winning actress for her voice-over performance on The Simpsons. In 2008, she won awards and was nominated for the Academy Award for Best Actress for her lead role in Rachel Getting Married. In 2010, she starred in the box office hits Valentine’s Day, Tim Burton’s Alice in Wonderland, and Love and Other Drugs. She portrayed Selina Kyle in Christopher Nolan’s The Dark Knight Rises, and will play Fantine in Tom Hooper’s Les Misérables. Really though, this is just an excuse to post more pictures of Hathaway as Catwoman…

The Dark Knight Rises – By my (almost) 7 Year Old

After what seemed like thousands of requests, and reasons as to why he should be allowed to see it, I took my (almost) seven-year old son to see The Dark Knight Rises. He still hasn’t seen Batman Begins or The Dark Knight, so I prepped him with a little bit of back-story…

I like the Dark Knight because it is from a DC comics and I like DC comics. The Dark Knight Rises is about a dark storm coming to Gotham, and he’s called Bane. Bane is a big evil strong guy who wants to destroy Gotham and Batman.

Bruce gets robbed by Catwoman, then Bruce Wayne goes to the doctors, the doctor tells him that he’s got lots of bruises on his legs, his arms, his back and his head.  But he goes back to the Bat Cave and Alfred presses a button and his new bat suit and gadgets come out of a hole in a glass cage.

First Batman chases Bane on his motorbike, Batman catches Banes henchmen but not Bane, but Bane still has some henchmen left. Batman rescues Catwoman and they escape in Batman’s new Bat jet. Batman fights more of Bane’s henchmen before Bane and Batman fight. Bane knocks Batman down, he picks him up and puts Batman in a hole in the ground which is a jail. Batman has to climb up to get out, he falls first, then climbs out and gets his bat suit back.

SPOILER Bane trapped all of Gotham’s Police underground, but Batman explodes the concrete and the Police escape. All the Police fight Bane’s henchmen, but Bane has a huge bomb that is going off in twelve hours. Batman comes back and knocks some bad guys out, then Batman breaks Banes mask, and beats Bane.

I liked the movie, my favourite was Batman. Bane was good too. SPOILER The best bits were when Batman flew in his jet and exploded Banes tank and the bit when Catwoman shoots Bane with the guns on Batman’s motorbike. It is too scary for little kids. 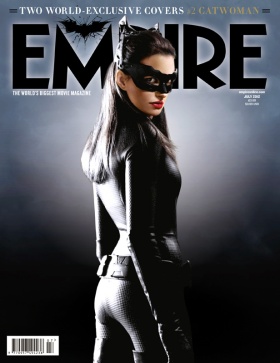 The duo gave the interview exclusively to UK’s Empire magazine for a special Batman/Bane edition.

Tom Hardy
On Bane: “He’s brutal, brutal. He’s expedient delivery of brutality. And you know, he’s a big dude. He’s a big dude who’s incredibly clinical, in the fact that he has a result-based and orientated fighting style. The result is clear. “Do you know what I mean? It’s: f**k off and die. Quicker. Quicker. Everything is thought out way before. He’s hit you, he’s already hit somebody else. It’s not about fighting. It’s just about carnage with Bane. He’s a smashing machine. He’s a wrecking ball. The style is heavy-handed, heavy-footed, it’s nasty. Anything from small joint manipulation to crushing skulls, crushing rib cages, stamping on shins and knees and necks and collarbones and snapping heads off and tearing his fists through chests, ripping out spinal columns. It’s anything he can get away with. He is a terrorist in his mentality as well as brutal action. So he’s horrible. A really horrible piece of work.”

About filming the fight scenes: “It’s very overwhelming. When you’re training in a rehearsal room you go, ‘Okay, I have a contact with seven people. This guy I chin, this one I slip and I punch, this one I pick up and suplex, this guy I kick in the face, and this one, he stops a hammer with his head. And then I meet Batman.’ That’s all alright in a rehearsal room, but then you add 1,000 people that are all dressed the same as the seven you’re supposed to hit — ’cause they’re all police officers — and I don’t know where my police officers are. But the stuntmaster’s like, ‘Don’t worry. They will find you.’”

About Christian Bale’s Batman: “He looks really intimidating! There’s a three-year-old in me that’s going, ‘Oh my God that’s Batman! That’s Batman and he’s going to hit me! But I love Batman!’ Then I look in the mirror. And I hit him back. Twice as hard.”

Christopher Nolan
On Bane: “With Bane, we are looking to give Batman a physical challenge that he hasn’t had before,” says the film’s director, Christopher Nolan. “With our choice of villain and with our choice of story we’re testing Batman both physically as well as mentally. Also, in terms of finishing our story and increasing its scope, we were trying to craft an epic, so the physicality of the film became very important. Bane’s a very different kind of villain than Batman has faced before in our films. He’s a great sort of movie monster, but with an incredible brain, and that was a side of him that hadn’t been tapped before. Because the stories from the comics are very epic and very evocative — very much in the way that Bruce Wayne’s origin story is epic and evocative. We were looking to really parallel that with our choice of villain. So he is a worthy adversary. What Bane represents in the comics is the ultimate physical villain.”

About casting Tom Hardy in the role: “He has this incredible disjunct between the expressiveness of the voice and the stillness of the movement of his body. He’s found a way to play a character who is enormous and powerful with a sort of calm to it, but also is able to be incredibly fast at times. Unpredictable. He just has a raw threat to him that’s extraordinary. It’s a very powerful thing when you see it come together, beyond what I had ever imagined. That’s what you get from working with great actors.”