THE ULTIMATE SET IF YOU WANT EVERYTHING IN THIS COLLECTION!
THIS SEALED BOX OF 24 WAX PACKS INCLUDES:
– 2 Full Base Sets
– 2 Full Sticker Sets
– ALL 23 Chase Cards
– 1 Sketch Card
– 1 Signature Card (Autographed by Barbara Crampton!)

It was supposed to be so simple. You do a job, you make the meet, you get paid.

As an experienced flipper, Jimmy “Skinny” Skinford knows the protocol all too well. Having said that, being kidnapped and forced to dig your own grave will spanner the nicest of deals in the sharpest of ways.

But his fortune turns when a push of his dead man’s shovel unearths the opportunity of a life time; a woman, buried but still breathing, who just can’t seem to die. Her mysterious gift extends to others through touch and in her company Skinny launches head first into a scheme of unparalleled mayhem.

Coming face to face with the most depraved deviates of the criminal underworld, Skinny will have to pay his dues in order to make the meet, get his payload and have his chance at immortality.

But this gift horse comes with plans of her own, and dark consequences that threaten to sever Skinny’s world piece by piece.

A Day AT The Office In A Zombie Apocalypse

A day at the office in a Zombie apocalypse. from Mattdevine on Vimeo.

A bloody snowflake, some cracking ice, and more blood in teaser 1, now an axe in teaser 2… are these Sony trailers related to Supermassive’s teen slasher, survival horror game Until Dawn, which takes place in a snowy cabin in the woods… Announcement on August 13.

Musician-turned-director Rob Zombie has official announced his Halloween-themed horror 31, which turns out to be a crowd-sourced effort. The film revolves around five people kidnapped in the days leading up to Halloween.

As with all crowd-sourced projects, there are different tiers that land backers different rewards, such as an autographed movie poster, autographed DVD, thanks in the credits, lifetime access to every Rob Zombie show, and more. Website HERE

“Welcome to my next film. It is called ’31,’ ” states Zombie. “It is the story of five random people kidnapped on the five days leading up to Halloween and held hostage in a place called Murder World. While trapped inside this man-made Hell they must fight to survive playing the most violent game known to man… a game called 31.”

Here’s why he chose the crowd-source:

“I’m crowd funding because I realize that it’s an incredible opportunity to engage the fans. They’ve always been the most important thing for me because, with metal and horror, the fans aren’t just fans – it’s their life, their lifestyle. They live and breathe it, as I do, and any way that you can bring the people that are as passionate about it as you are into the process is a win-win for everybody.Get on board! Get involved! Be part of this horrifying business! The world of horror needs you!”

Kiss of the Damned – Trailer 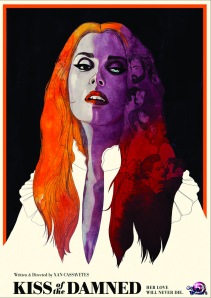 Xan Cassavetes (daughter of the legendary John), initially had the idea for Kiss Of The Damned after touring a house some years ago. The home eventually became the venue for the thriller/drama which revolves around a vampire, Djuna, who resists the advances of Paolo, but soon gives into their passion. “I went through the house and the nature of its setting felt so transitory — it’s a weekend house and it’s the setting for a transitory vampire,” said Cassavetes. “I looked at the house a year and a half before writing the screenplay.” After working on other projects, Cassavetes recalled the house and wrote the screenplay for Kiss Of The Damned in only three weeks. She and her team were able to put together the financing elements from previous films. “I wanted French actors because the movie has the flavor of a beautiful European flavor,” said Cassavetes. “I also wanted relatively unknown actors because I thought it was more powerful to buy into that.”

After shooting in 2011, Cassavetes and team edited for almost a year. One of her two editors was in New York though she lives in L.A. “I couldn’t be away from my children. We played with the film. There was a lack of rules and it took some going over because it was unknown territory.” After opening at the Venice and London film festivals, it had its premiere Stateside at SXSW. ” It was incredible. I was worried it wouldn’t be scary enough for the Midnight crowd there, but much to my surprise, the whole scene there embraced the movie. I’ve never been so surprised.” Magnolia’s genre label, Magnet, which came on board ahead of its world premiere in Venice, will open Kiss Of The Damned in New York at the Sunshine and in Los Angeles at the NuArt Theatre this Friday.

Taxi Driver – Behind the Scenes

Check out these behind the scenes shots from Taxi Driver (1976), continuity shots from the film’s climax, Scorsese and De Niro at the Rally, and Robert De Niro’s Taxi Cab Driver’s License. 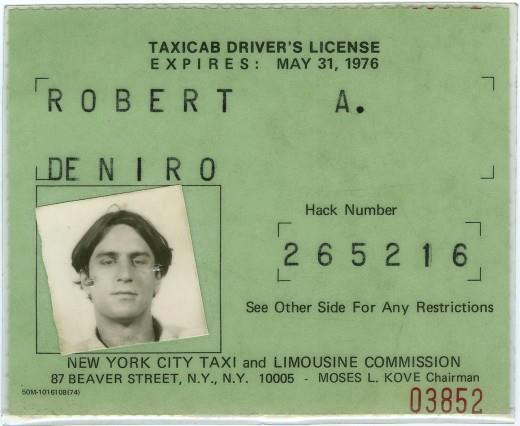