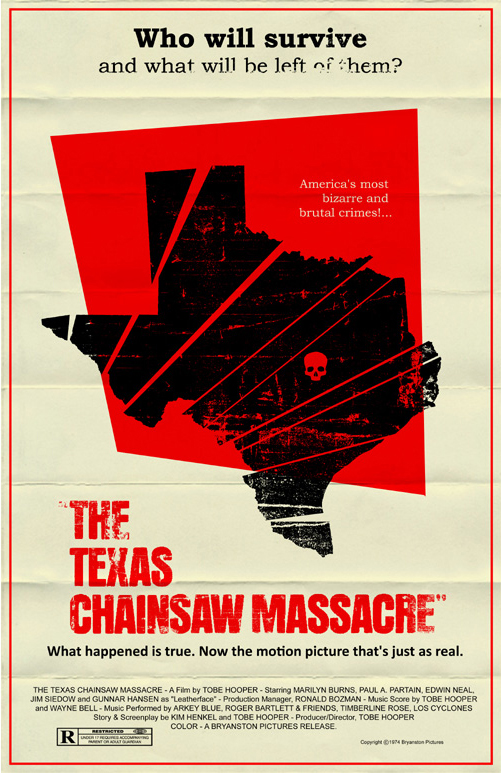 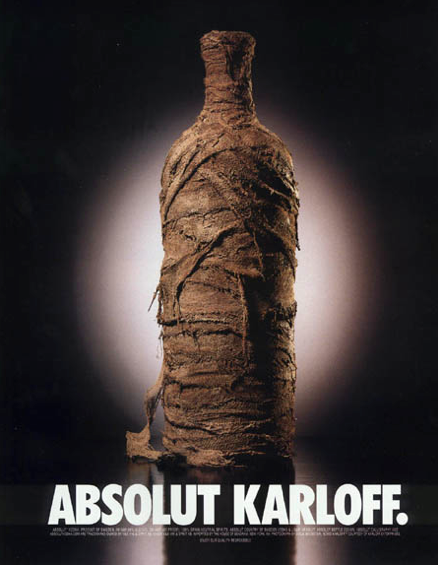 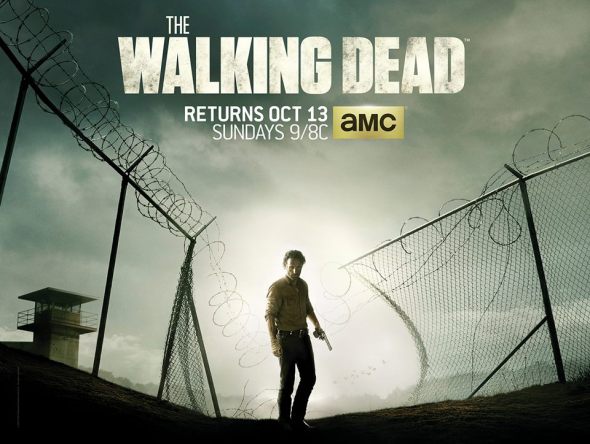 The Island of Dr. Moreau – Again…

The Island of Dr. Moreau is heading for another update at Warner Brothers. The studio and Appian Way partners Leonardo DiCaprio and Jennifer Davisson Killoran have set Lee Shipman and Brian McGreevy to script a ‘contemporary re-imagining’ of H.G. Wells’ classic novel. The intention is to make it a sci-fi film with a topical ecological message. Appian Way will produce with Mad Hatter Entertainment’s Michael Connolly.

The 1896 Wells book has been adapted for the screen several times with iconic participants: the 1932 film Island Of Lost Souls with Charles Laughton and Bela Lugosi, the 1977 pic with Burt Lancaster and Michael York, and the 1996 New Line disaster that starred Marlon Brando and Val Kilmer. That last version didn’t fare well at all…

The writers and Connolly are are coming off of a successful run at Netflix, as their show Hemlock Grove got two Emmy noms. Series is based on McGreevy’s novel. CAA and Mad Hatter rep the scribes.

This is the new trailer for an upcoming film, Sacrament. NOT the forthcoming Ti West movie of the same name. This independent film follows a group of seven friends who embark on a road trip to the South Texas beach for booze, bud and bonding but are derailed by an approaching tropical storm. They find themselves seeking refuge in the quaint, conservative Texas town of Middle Spring, which is in the process of hosting a huge barbecue and tent revival. Charismatic preacher Isaac Renneker, his enterprising young son Brahm, and his devout congregation are determined to cleanse the world of sin while delivering the Good Lord’s message to their flock, and before long the kids realize that there might be more to the town’s famous barbecue than just a good spice rub.

Support independent film, watch the trailer and check out their facebook page HERE

HBO has set end date for True Blood, announcing this morning that the series’ upcoming seventh season next summer will be its last. The veteran vampire drama, created by Alan Ball based on Charlaine Harris’ books, was recently renewed for a 10-episode seventh season. “True Blood has been nothing short of a defining show for HBO,” said HBO’s president of programming Michael Lombardo. “Together with its legions of fans, it will be hard to say goodbye to the residents of Bon Temps, but I look forward to what promises to be a fantastic final chapter of this incredible show.” True Blood, starring Anna Paquin and Stephen Moyer, had been HBO’s flagship drama until this year when it was eclipsed by the red-hot Game Of Thrones. It still is a potent draw, more than 4.5 million viewers for its sixth-season premiere this summer and averaging gross audience of 10.6 million viewers per episode. True Blood also successfully navigated the transition from Ball to new showrunner Brian Buckner who took over the show early into Season 6. All key cast members, including stars Paquin, Moyer and Alexander Skarsgard, are on board for the series’ final chapter… my wife, a long time Skarsgard fan will be distraught.

Under the Skin – Teaser

Check out these clips from the new film by Jonathan Glazer, who previously made acclaimed dramas Sexy Beast and Birth. Under the Skin, which premieres at Venice today, is a science-fiction thriller starring Scarlett Johansson. Based on the book by Michel Faber, Under the Skin sees a woman traverse the Scottish highlands preying on unwary hitchhikers.

A delayed review from my son as he wasn’t really that interested in seeing The Wolverine on initial release. I couldn’t understand why as it seemed to have most of the ingredients he likes: Comic book superheroes battling bad guys… When I asked why he wasn’t keen, he said that “Wolverine just ‘complains’ all the time, it’s boring” Anyway, we eventually saw it, here’s the inevitable review… albeit more synopsis than review:

The Wolverine starts in an army prison in Japan, the Wolverine is a soldier and he’s locked in an empty iron well. A nuclear bomb gets dropped on a Japanese city (Nagasaki) and Wolverine saves one of the Japanese soldiers.

A few years pass and Wolverine is in the mountains with a beard. He is friends with a bear, then some guys kill the bear with poison arrows. Wolverine takes one of the poison arrows and stabs it in the guys hand and he says “It’s poison” then pours some beer on his hand.

Then a Japanese girl, who is like a Ninja, arrives and takes him to Japan where he meets the soldier that he saved in Japan. The old guy dies and Wolverine gets a haircut and at the funeral Wolverine won’t get back in line because he is suspicious of some bad  guys. Soon an army of bad guys come to the funeral to take the old mans grand-daughter away but Wolverine and an archer save her. Then he is on a bullet train and washes his wounds , just then he fights some bad guys!

He wakes up and Viper takes some of his mutant power away so he wont heal. He takes the girl to her old house which is where the old prison was. He does work chopping up a tree on the road, then some bad guys take the girl away. When he’s on his way to save the girl that’s when Wolverine fights 40 Ninjas but he gets about 23 poisoned arrows in his back and he gets caught.

SPOILER ALERT: He then has to fight a giant adamantium Samurai the ninja girl fights Viper. Viper shedded her snakeskin. Wolverine sees that inside the adamantium samurai is the dead old Japanese man.

I give it 4½ stars. Because there’s not much fighting and a lot of talking.

“’The Exorcist is both my own favorite film and the greatest film ever made.” — Mark Kermode, Sight and Sound Magazine

with New Special Features and Premiums

Burbank, Calif. June 20, 2013 – When The Exorcist was first released in 1973, viewers were frightened out of their wits – and literally out of their seats. Now Warner Bros. Home Entertainment (WBHE) will celebrate the 40th anniversary of Academy Award® winning director William Friedkin’s suspense masterpiece that haunted and intrigued the world, with a new Blu-ray release featuring the Extended Director’s Cut and Theatrical Version with new special features and premiums. Available October 8, just ahead of Halloween, this 40th Anniversary Edition will include two new featurettes: “Beyond Comprehension: William Peter Blatty’s The Exorcist” and “Talk of the Devil,” as well as an excerpt from Friedkin’s book The Friedkin Connection: A Memoir.

A true cinema landmark, the theological thriller is one of the top ten box-office performers of all time.* The Exorcist took 10 Academy Award® nominations[1], including Best Picture, and won two Oscars®[2], for Best Adapted Screenplay, as well as winning for Best Sound. Subsequently, the film went on to become a multi-million dollar franchise. Directed by Friedkin (Oscar®-winner for The French Connection – Directing 1971) and written by William Peter Blatty, the film is based on his best-selling novel, which sold nearly 13 million copies domestically and was the #1 book on the New York Times Best Seller List for 57 weeks, 17 of them at #1.

Regarding the Extended Director’s Cut, Friedkin says, “After my initial cut, I took out 12 more minutes before we released it in theatres. Years later, Bill Blatty asked if I’d review some of that rejected footage (which he always felt should have remained) with an eye towards putting it back in a new version. In so doing I believe we strengthened the spiritual aspect of the film.”

Celebrated for his directorial role in this seminal film, Friedkin is still very much in the limelight. His new book, The Friedkin Connection: A Memoir, recently published by HarperCollins, extensively discusses the background and casting of The Exorcist. The Academy of Science Fiction, Fantasy and Horror Films will honor Friedkin this month with their Lifetime Achievement Award for his continually influential work in genre entertainment at this year’s Saturn Awards. Friedkin recently received the Golden Lion for Lifetime Achievement at the 70th Venice International Film Festival, where he will present the restored version of Warner Bros.’ Sorcerer. And Friedkin and author Blatty will attend a special 40th Anniversary screening of their film at the Smithsonian in Washington, D.C. on October 30. The film will also have an exclusive theatrical engagement October 31 through November 7th at the AMC Georgetown.

The Exorcist tells the now-famous story of a girl’s demonic possession, and a gripping fight between good and evil. Linda Blair, in a breakout role, plays Regan, a young girl who starts to exhibit strange, arcane behaviour. Her mother (Ellen Burstyn, Oscar-winner for Best Actress Alice Doesn’t Live Here Anymore) calls upon a priest, Father Karras (Jason Miller) to investigate. But Karras, who has a spiritual crisis of his own, is suddenly confronted with the unimaginable evil of Regan’s possession. Father Lankester Merrin (Max Von Sydow), an archeologist-priest, is called to help, and a horrific battle for her soul begins.